Dick’s Sporting Goods, Inc., is an American corporation in the sporting goods and retail industry. It has more than 500 stores in 46 states as of 2013. The company’s headquarters is located in Coraopolis, Pennsylvania. Dick’s was founded in 1948 by Dick Stack. Dick’s became one of the largest sporting goods retailers worldwide. Mr. Ed Stack, Dick’s son, is the present CEO and Chairman of the company. Dick’s Sporting Goods offers a wide array of brand name sporting goods equipment, from apparel to footwear in all their stores worldwide.

The founder believes that sports play an important role in educating our children right values like having a strong ethic, teamwork and good sportsmanship. He supports organizations in the communities that make youth sports in promoting those values. The company donates thousands of equipment kits to youth sports organizations by their Community Youth Sports Program.

The company has a website which is operated by GSI Commerce. Their website carries a wider selection of merchandise from apparels, footwear, golf items and equipments and other sports items.

Richard “Dick” Stack, at a young age of 18, founded the company in 1948. He worked at an Army/Navy surplus store in Binghamton, New York. Dick was asked by the store owner to have a list of products that is needed to get into the fishing business. The owner dislikes his suggestions and told Dick that he was a dumb kid. Because of this, he quit from his job and told his grandmother about what happened. His grandmother asked him how much it would cost him to build the store by himself and advised him to follow his dreams. His grandmother gave to him her life savings amounting to $300 and told him to open his own store. Dick used the money to rent a store and opened his first small fishing supply store in Binghamton. In 1958, he expanded his selections of product line of fishing supplies to sporting goods merchandise. In early 1960’s, he was able to open new stores and named it Dick’s Sporting Goods. In 1970, his store in Binghamton moved to a larger facility and Dick headed the organization. He retired in 1984 and was taken over by his son, Edward Stack, who is the current CEO and chairman of the company. In early 1990’s, the company began chain operations and opened more new store across New York. In 1994, they moved their headquarters in Binghamton to Pennsylvania.

Dick’s Sporting Goods Warehouse Centers is composed of a high caliber team that helps create an effective operation. All the associates in the warehouse are responsible for the final transportation of merchandise to each store. They have four warehouse centers located in:

Here are some of the jobs available at the company:

Material Handler
You will be responsible in performing tasks that include verifying purchase order, sort of back stock, moving freight to proper area, disassembles merchandise, do some paperwork, and operates equipment in a safe and efficient manner.

Industrial Engineering Technician
You will support the Industrial Engineer with all the tasks related to managing engineered labor standards. Assists in developing and proposing layout and suggest changes as needed within the operations.

Janitor
You will perform general cleaning duties in all the areas of warehouse, maintains cleaning supplies at levels and reports need for reordering, collects and removes trash and operates equipment in a safe manner. 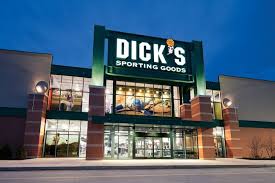 Based on the reviews conducted by the previous and present employees, they said that the company provides a good working environment with management that cares for their employees, pay is competitive and fair, good part-time job for sports enthusiasts and for those who want to learn a new sport and recreation products.